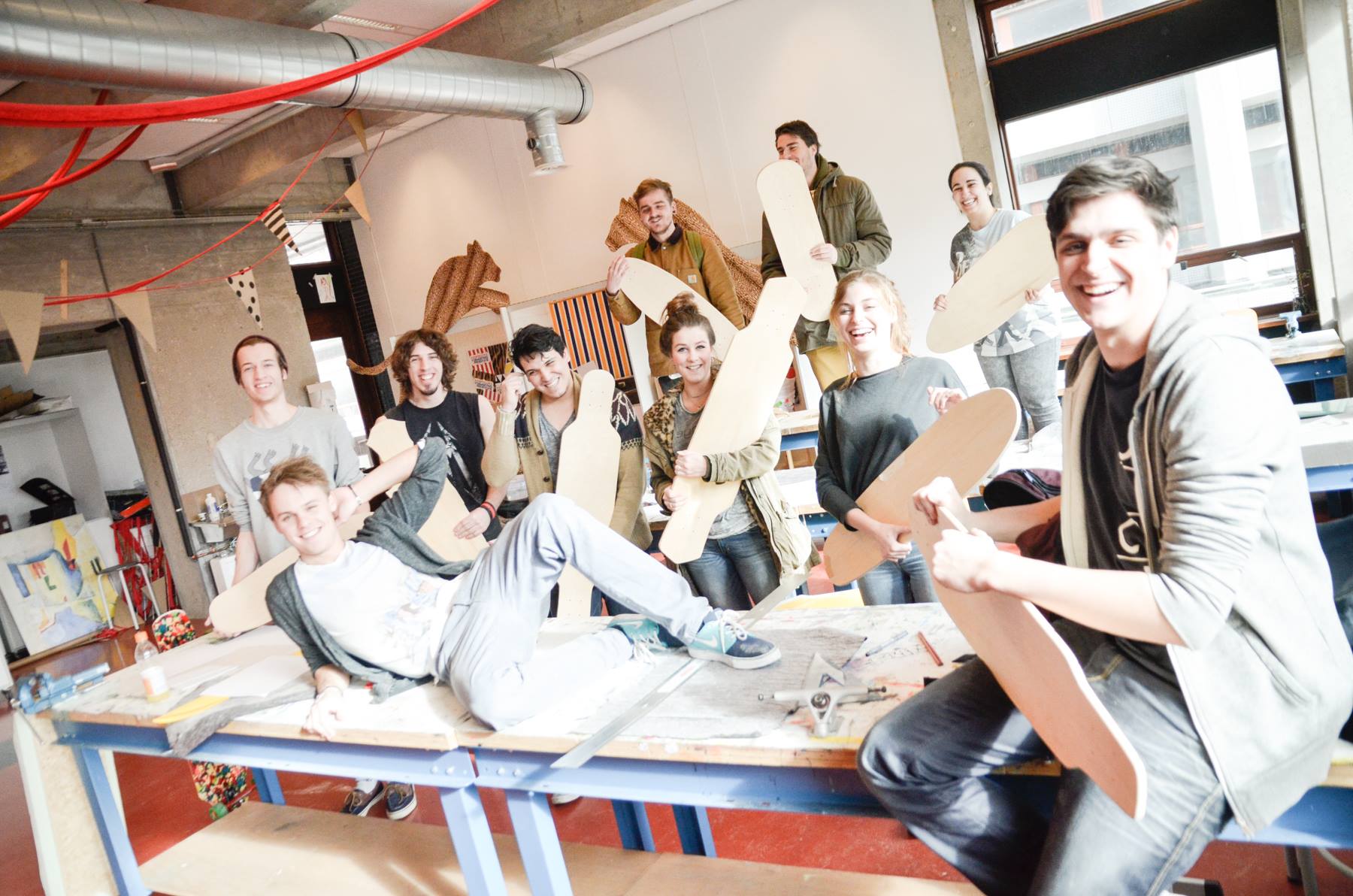 A few months ago, Martijn Janssen contacted us with the intention of  starting up a 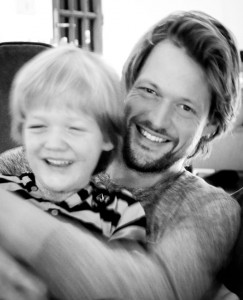 “Build Your Own Skateboard” workshop at the Grafisch Lyceum in Rotterdam, Holland. We were more than happy to get him sorted with what was needed and only a little while later we were over the moon, when the first photos of the boards being built in class and then the finished decks were put up on facebook. The result is amazing.

This being one of the first schools in Europe to have started up the program, after many years of successful workshops in Canada and the States, we asked if we could do an article to put forward the amazing work that has been put into this project and to find out how it went. 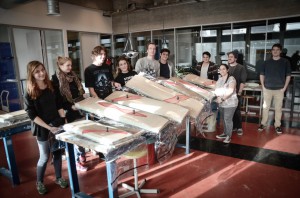 My name is Martijn Janssen and I am currently teaching Media Design at Grafisch Lyceum Rotterdam. Before I started teaching I ran my own company in interactive media design and animation. I was also one of the founders of eyesupply.tv, a VJ collective now responsible for the visual shows of Armin van Buuren and Afrojack, among others. I stopped VJ-ing when my son Kik was born and I could not combine the work at school, late night shifts in the weekends and being a dad.

Ever since I could hold a hammer and some basic tools I made a lot of my own toys. And I never really stopped “Making Stuff”. In the 90’s I studied Industrial Design. In the year 2000 I decided to built a snowboard with a friend, a one of project. A lot of different smaller and bigger projects followed and than in 2013 I wanted to build a hollow wood surfboard. I searched a lot on the internet and at one point I came across someone, a surfboard builder, who had built a skateboard just for fun. This seemed much less complex than building a surfboard and I decided to give it a go. And I’m hooked, it also got me picking up skateboarding again (after almost 20 years!).

I hadn’t worked with the Roarockit materials before, but was very interested in them. And once the plan for organising the workshop at my school found approval, I knew this system would work best to get the students to understand the process of building your own board. 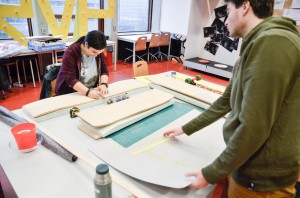 The first board was a “mini” longboard for my son. The result was far better than I expected and in no time I made one for myself. The third board I did (“La Troisième”) was noticed by a friend of mine who asked me to build some more of “these gorgeous boards” and sell them at the Indie Kids Festival, a fair of independent brands in Amsterdam. I had one month to create the brand and about 15 (mini) skateboards. I teamed up with Henk de Bruin, fellow teacher and illustrator to make the first Superkik series. 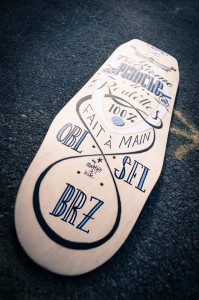 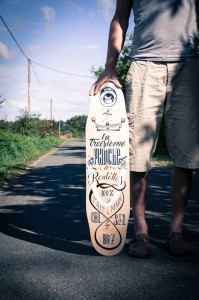 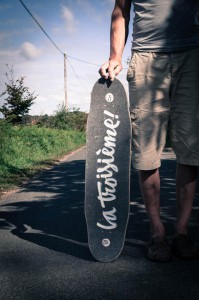 This was a succes, we sold 5 boards and received quite some custom orders in the months after that.

I decided to name the brand Superkik because I registered superkik.nl in the past. My son Kik is a big super hero fan. 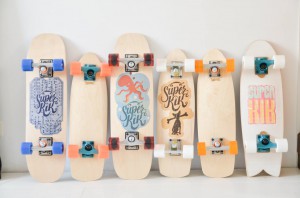 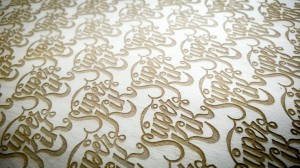 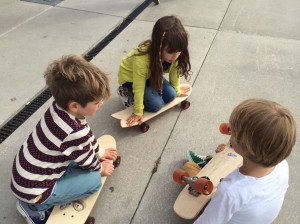 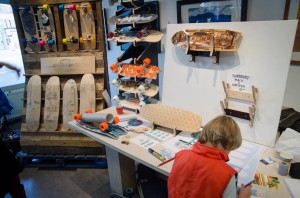 The boards had drawn the attention of students and colleagues and I started a few other collaborations. Some were even interested in designing and building their own boards. Than the opportunity came with the annual workshop week for our graduation students. Students can follow workshops and seminars of choice to gain some extra knowledge and skills in a fun way. So I submitted the idea of teaching 10 students to build their own board. 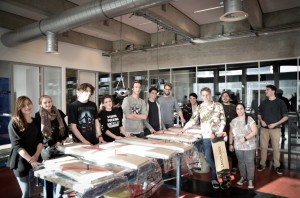 I told my bosses that the students were about to build the ultimate canvas for their artwork: A skateboard they could actually ride! Since skateboarding is closely related to the creative industry, it was not hard to convince them to invest in the materials and tools for this workshop. 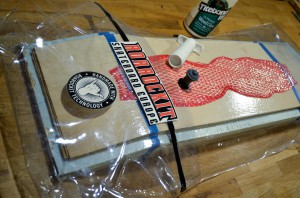 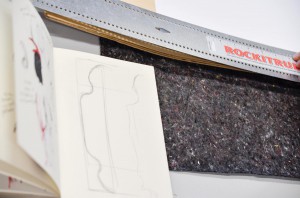 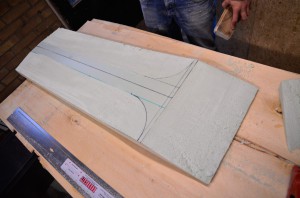 Together with Niels de Bruin from Langplanck we put a program together. We did a short introduction of what to expect and started with shaping of the moulds. We helped out with the design and the students shaped the foam completely by hand. By the end of the morning we had to glue the boards together and put them in the presses. Than two weeks passed before we could get to part two of the workshop: designing and cutting the outline, finish the rails, top and bottom and drilling the holes. The finishing had to be done by hand again. 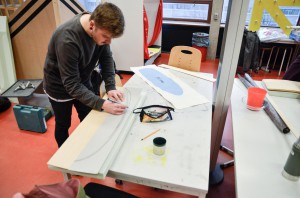 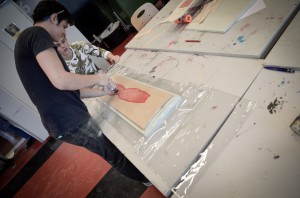 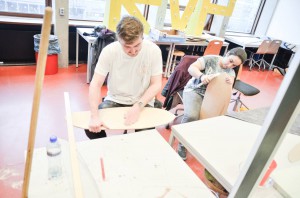 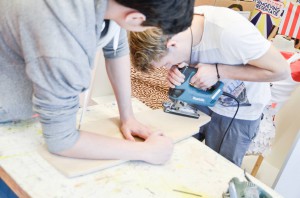 This concluded the official workshop, we only had 2 x 4 hours. In the unofficial part 3 of the workshop we will help some of the students with applying their design to the board. 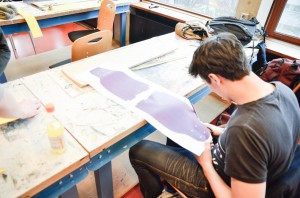 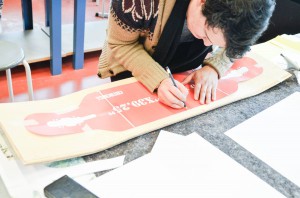 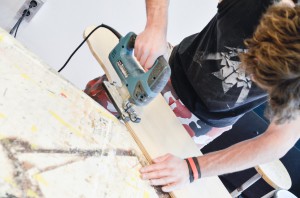 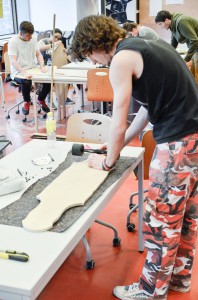 Over all we can conclude that next time we need more time. We could have spent some more time on the design part. Also an extra session to finish the board with a design and coating is necessary.

Nevertheless the workshop was one big succes and there was a real buzz in the school. A lot of students asked where they could sign up for the next edition. I even had a prospective student asking me: “In what department do they teach you how to build a skateboard?” 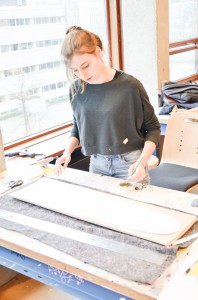 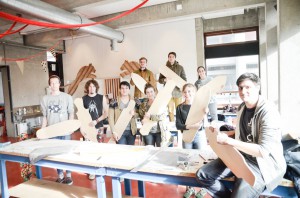 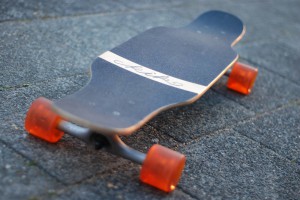 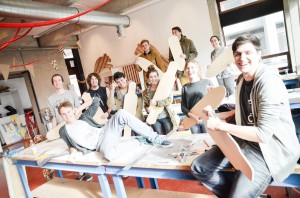 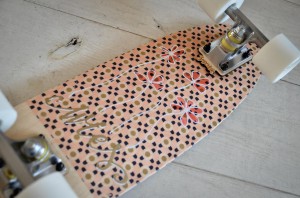 The next workshop will be with colleagues, we will keep you posted on the results!

We are looking into possibilities to run the workshop at other schools and are finetuning the program at the moment. Working with the maple and the TAP-bags was a breeze. I expect to do a lot more with both! The maple is very easy to work with and the results in quality and expression are simply amazing!

I’m more or less teaming up with Niels from Langplack to develop some longboards and we are going to experiment with other materials like bamboo, birch and carbon. Besides that I’m also working on new designs and techniques for the artwork. And finally, in the next few weeks we expect to shoot some footage for a promo for Superkik and Langplanck (in 4k!!). 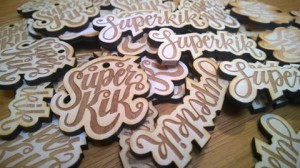 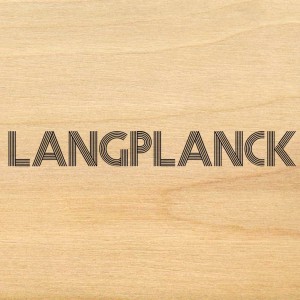